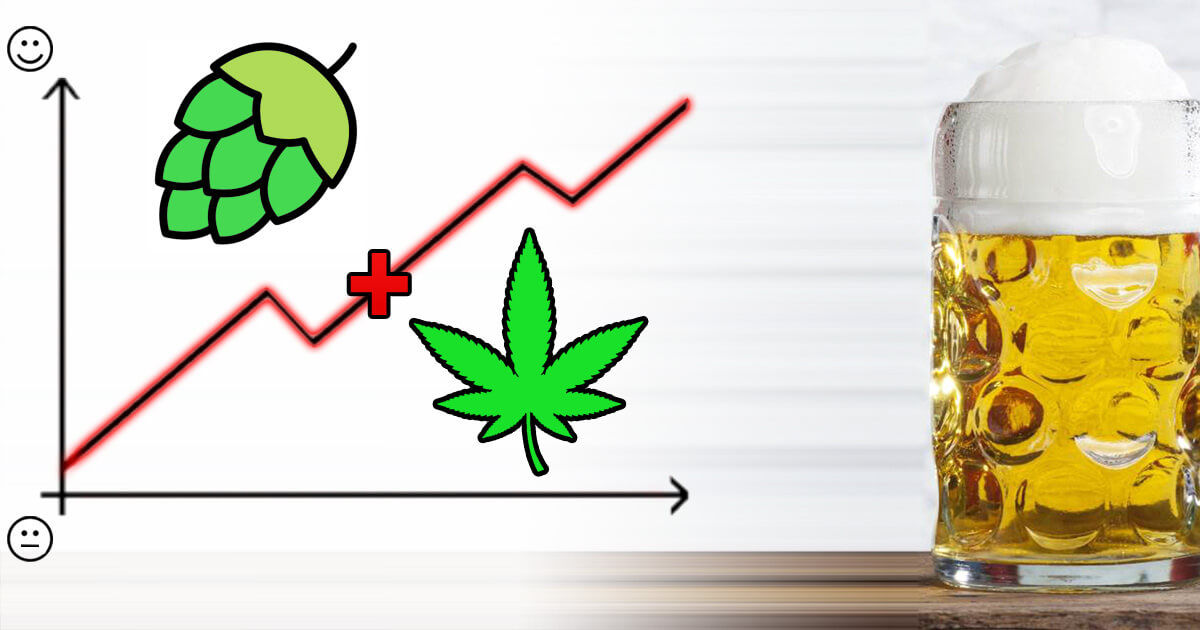 Hops belongs to the family of hemp plants also Cannabaceae, as well as cannabis see Wikipedia:

In Canada, isodiol even extracts CBD from hops.

This throws a very new light on beer consumption, especially in Germany and Austria, the beer consumption is well above the international average.
There are many more cannabis users than expected, considering that all beer drinkers are also hemp consumers.

Among the 4.7 percent (3.9 million) patients / patients, 72 percent of Germans over 18 are now hemp consumers.
https://hanfverband.de/faq/wie-viele-menschen-konsumieren-in-deutschland-cannabis

What is particularly frightening, the beer drinker faction does not admit the hemp consumption. Or the beer dealer does not mention the origin of the ingredients.
One should declare beer as hemp greenhouse brew. To avoid unknowing abuse.

Based on these facts, we advise against cultivating hops in the urban chili grow box.

Cheers at the next closing beer.
the urban chili team